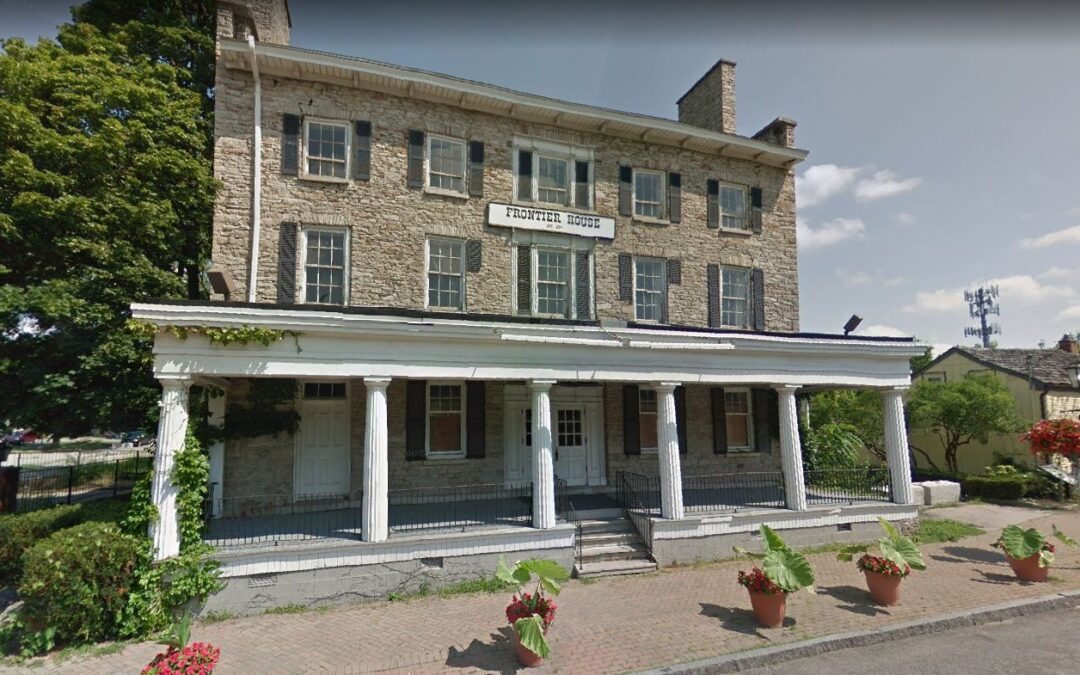 It was originally one of the finest hotels in America in the early 1800s. It’s been home to several Niagara County businessmen and honored guests and is listed on the National Register of Historic Places since 1974. It is served as a hotel, private residence, high-end restaurant, museum, and has even been a McDonald’s.

The Frontier House was originally built in 1824 and is located at 460 Center Street. It was once touted as the best hotel west of Albany and prominent businessmen such as Joshua Fairbanks and Benjamin and Samuel Barton are the ones responsible for building the fixture, to begin with. It was constructed of stone from the Bay of Quinte at the northeastern end of Lake Ontario.

For a year and a half, 18 men worked on the 30 inch stone walls constructing the building that still stands today. It originally had 15 fireplaces and several bedrooms. It was designed to house Gov. DeWitt and other state officials who came to Lewiston after the opening of the Erie Canal in Lockport. It features double parallel chimneys, over windows, full with porch, hipped roof, and four stories with a large ballroom on the second floor.

Famous guests include Mark Twain, Pres. William McKinley, Henry Clay, Charles Dickens, and Dewitt Clinton, all have been honored guests of the Frontier House. It’s had multiple owners over the last 200 years and today, newly elected mayor Ann Welch recently sold to a partnership of Jeff and Jerry Williams of Lewiston and William Paladino of Buffalo. (2019)

Visit the Facebook Page for More Images of the Frontier House.

Frontier House in Lewiston New York has been known to be Hunted by a bricklayer who opposed the Free Masons over 100 years ago. When the building with a hotel, employees claim the doors opened and closed by themselves and workers remodeling the house when the McDonald’s restaurant when in found tools and other equipment disappear before their very eyes.

Contractors and owners have heard strange sounds over the years and the ghost of an elderly man was seen in the pantry as well as a silhouette of a woman from time to time. One theory is that when the building was constructed, one contractor fell from the third floor into the basement and died and legend tells that to other workers stuffed them into the stone used to build the wall of the basement and cover up the evidence.